Posted on October 27, 2017 by tyrantisterror 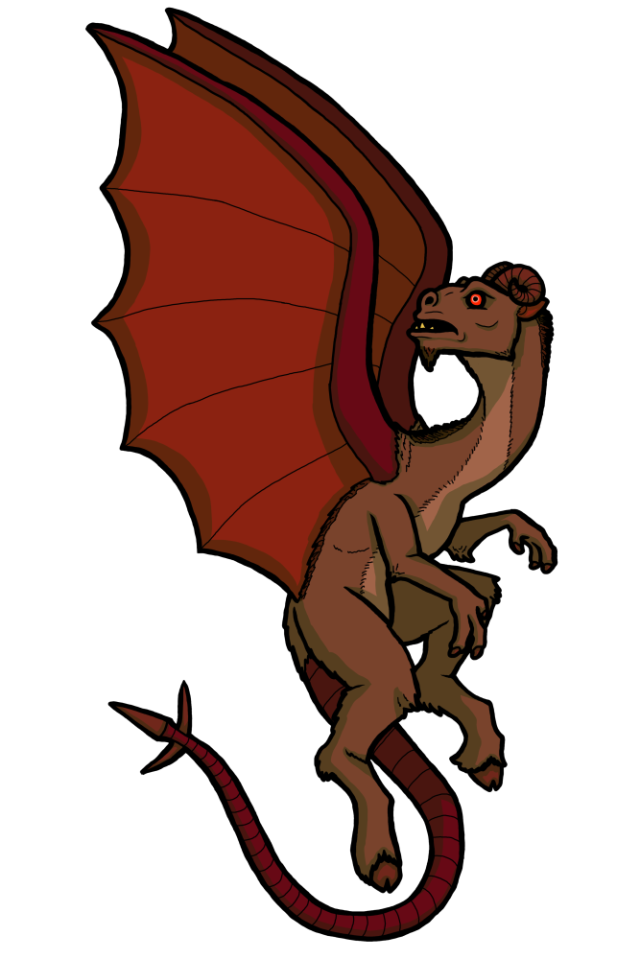 Observation History: The legend of the Jersey Devil supposedly began in 1735, when a woman named Deborah Leeds proclaimed her thirteenth child would be the devil, and, sure enough, that is exactly what it ended up being.  Though the Spooks Organization doubts the veracity of this legend, it is sadly as good an explanation as any for the existence of this particular creature, and more than one researcher has suggested the Jersey Devil should be handled by a different department than the Cryptid branch.  Though the organization first encountered it in 1909, the beast has consistently evaded capture, even finding a way to escape from a sealed metal box with only one exit/entrance.  For whatever reason, the Jersey Devil remains in the Pine Barrens, and any attempt to relocate the creature has failed.

Ecology and Behavior: Genetic research has found that, despite appearances, the Jersey Devil is technically a human being.  Given its chimeric physiology, this revelation is a hard pill for the scientists at the Spooks Organization to swallow, and there are many hypotheses as to how this creature was created, ranging from alien tampering to things that border on the Occult.  If indeed the creature is “human,” it is an absolutely extraordinary one, and not just for its looks.

Despite its wings being too small to generate enough lift, the Jersey Devil is capable of flying at great speeds, and can likewise perch on branches that should buckle under its weight.  On the rare occasion where a shot meant for the Devil manages to hit it, the creature will only bleed for a few short seconds before the wound closes up.  Poison, electricity, and other means of pest control have also failed to fell the beast, as its threshold for pain and ability to heal are both beyond that of normal fauna.

Though legends describe the monster as exceedingly cruel, observation of the Jersey Devil is nowhere near as dangerous as one might think.  In the several decades it has been under Spooks surveillance, the creature has not been responsible for a single casualty, even during the many failed attempts to capture it.  Whether it has mellowed with age or its cruelty was simply exaggerated, as it stands the Jersey Devil is a mostly harmless creature, spending its time observing its territory and occasionally investigating the few humans who enter the Pine Barrens.  Unlike other fauna, the Jersey Devil doesn’t seem to need sustenance, and has never been spotted eating or drinking.

There is something disquieting about the creature.  The Pine Barrens are filled with supernatural phenomena, being a Ley Lines intersection and home to several EPIs (Ectoplasmic Psychic Imprints).  Like many creatures, the Jersey Devil is aware of these phenomena, but unlike traditional fauna it actively seeks them out rather than trying to avoid them.  One can often see the beast hovering during Ectoplasmic Manifestations and other Psychic Anomalies.  Combining this with the creature’s freakish durability and extreme luck at evading capture, one has to wonder just what this strange animal knows that we don’t.

This entry was posted in Cryptid Compendium, Monster Menageries and tagged Cambion, The Jersey Devil, The Leeds Devil. Bookmark the permalink.