Posted on October 5, 2017 by tyrantisterror 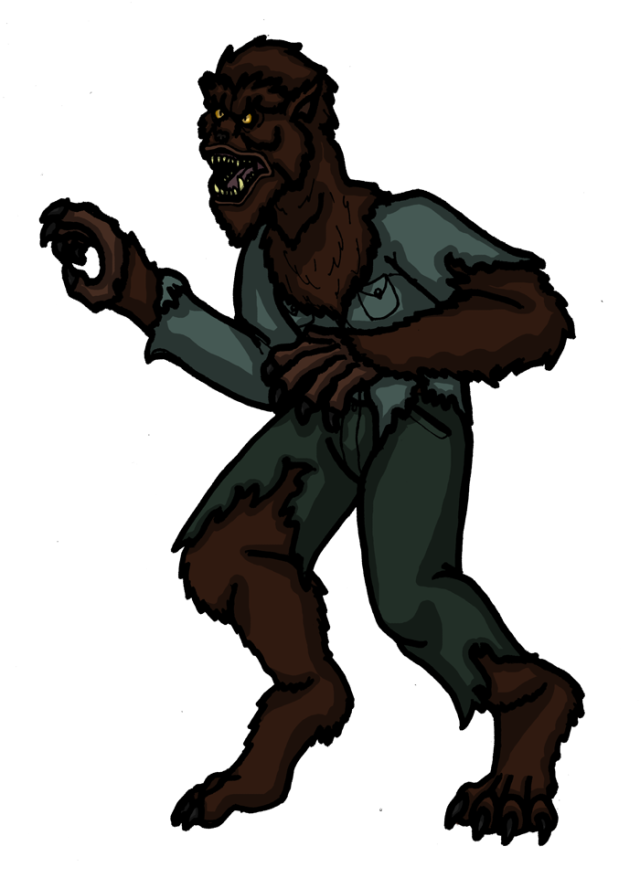 Everyone knows how werewolves work, right?  You get bitten by one, and then you turn into a wolf every night there’s a full moon.  You can only be killed with a silver weapon, and you have no control over what you do.  It’s basically Monster Lore 101.  Isn’t it weird, then, that these written-in-stone rules of lycanthropy didn’t exist until the 20th Century?

Universal’s The Wolf Man is responsible for our modern concept of werewolves. The idea of being a normal human who is cursed to become a vicious monster every full moon isn’t actually present in folklore. Mythological werewolves either willingly transformed into wolves in order to wreak havoc, or were turned into wolves by a curse yet retained their noble, civilized nature (there are two Arthurian stories that depict this second, “tame” sort of werewolf). The Wolf Man fused the two together, and practically EVERY work dealing with werewolves since has taken after its example.

So even though The Wolf Man has no true literary counterpart, I feel it has a worthy place in the grand pantheon of horror stories right next to classics like Dracula and Frankenstein. Like those two, The Wolf Man has become a landmark in the horror genre, reinventing a classic monster into a new archetype that has lasted for decades after its creation. Dracula remade vampires, Frankenstein’s creature remade golems and hommunculi, and Lawrence Talbot’s furry alter ego remade werewolves.

The original Wolf Man movie might be hard for today’s hip, modern audience to watch. Movies are edited much more quickly nowadays, so we’re kind of trained to want things to be extremely fast paced. So while I think it’s a marvelous watch for any aspiring horror buff, I understand that movies that, well, weren’t made before 1995 can be hard for most modern audiences to watch. They’re an acquired taste.  Buuuuuuut if you are the kind of person who likes a story with depth that knows how to take its time while building up an extreme amount of tension, then damn, you are in for a treat!

The Wolf Man not only reinvents the werewolf, but uses the whole concept of involuntarily becoming a bloodthirsty monster once a month for great psychological effect. Larry Talbot gets bitten by a werewolf and begins turning into one himself every full moon. He quickly realizes that he’s turning into a monster – but nobody believes him. He hardly even believes himself, which is bad enough, but everyone around him merely thinks he’s cracking up when he knows that he’s actually turning into a murderous beast. The movie tortures him with this impossible scenario, as there is really nothing Larry can do to keep himself from killing people once a month – no one will believe him, no one will help him stay locked up, and no one heeds his warnings to stay in when the moon is full and bright. His terror only ends when he almost kills the woman he loves and is killed by his own father… and then, of course, the movie got a sequel, allowing him to experience this horror countless times over and over again.

I think that’s an incredibly inventive and horrifying situation to build a movie around, and I think The Wolf Man lets it play out smashingly. I even go so far as to think of it as the best of the great Universal Horror Film Trilogy, beating out their famous film adaptations of Dracula and Frankenstein by having better writing and a far more complex and interesting conflict. Don’t get me wrong; Universal’s adaptations of Dracula and Frankenstein are great too, but they’re not nearly as intelligent and complex as the books they’re based on. The Wolf Man, on the other hand, could very well match those great works of literature.

Let’s say you like the idea of this story, but you don’t want to see a black and white film with outdated special effects. You want to see something more modern, with color film, top end special effects from one of the most famous legends of film wizardry, a faster pace, and maybe a good deal more gore and witty one liners on top of the intelligent story and complex conflict. Well, you’re in luck! There was a wonderful remake of The Wolf Man made just a short while back. It makes some changes to the plot and updates things a bit, but it might suit you if you want something more modern.

Hmm? What’s that? You wonder if there’s another modern retelling of this story – something with that complex conflict and the thoughtful, intelligent approach to a werewolf tale? Sorry, nothing springs to mind.

1 Response to ICHF: The Wolf Man