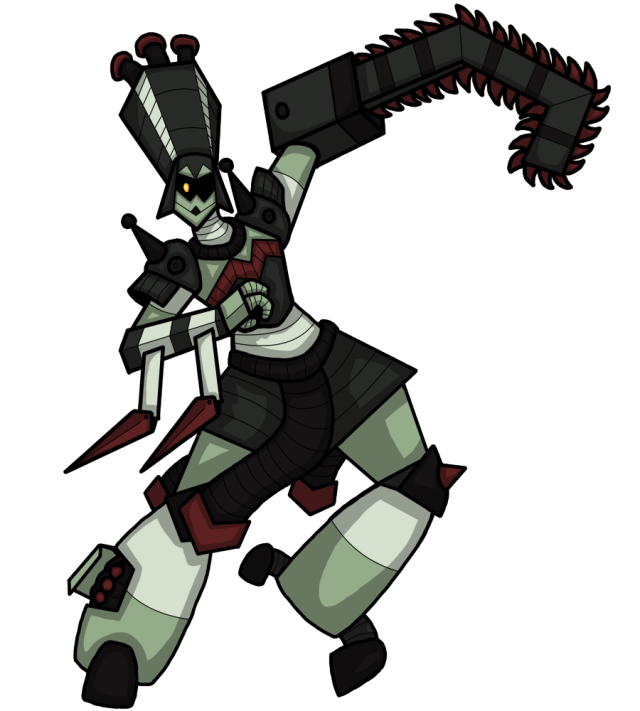 Origin: Frightron was the creation of Dr. Fritz Murnau (also known as “Professor Panic,” an international terrorist and “super villain”).  The Mecha was built to destroy the recently established kaiju sanctuary on Typhon Island as part of Dr. Murnau’s Quisling ploy to curry favor with the Beyonder Alliance.  Thankfully, the machine was quickly outgunned by the island’s kaiju population.  It was subsequently reprogrammed to aid humanity in the intergalactic war that would soon unfold.

This entry was posted in Uncategorized. Bookmark the permalink.