ICHF: The Phantom of the Opera 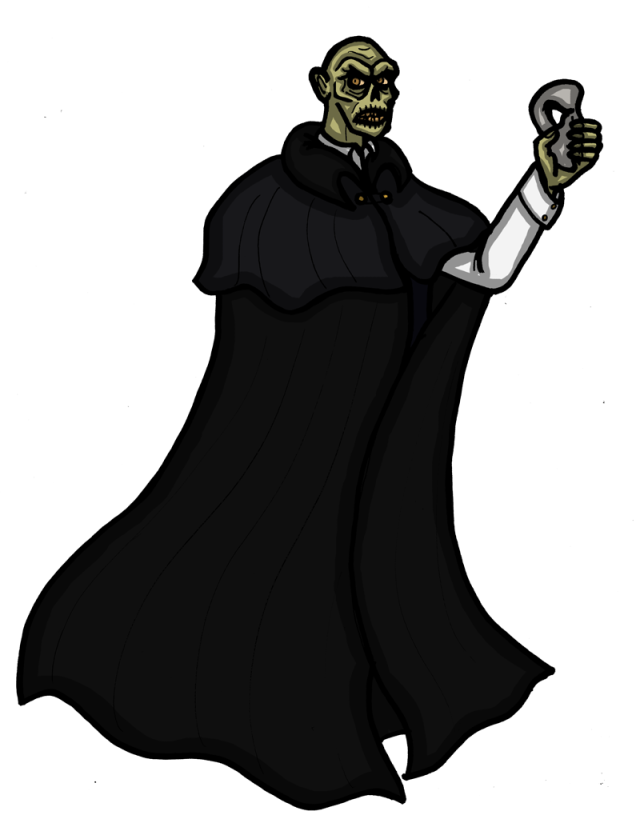 The Phantom of the Opera is one of the fictional works that defined my adolescence. I can remember countless afternoons listening to the two disc Original Cast Recording, the excitement I felt when my 8th grade class saw the play for a field trip, reading the novel in between play rehearsals, and searching with manic devotion through countless costume shops and hobby stores for the perfect phantom mask. It’s hard to think about those days without smiling a bit, wincing a bit more, and laughing more still.

Long story short: The Paris Opera House is haunted by a ghost who, amongst other things, demands a monthly paycheck and leaves little notes for its owners whenever he wants changes made in the ways things are run. The new owners resist at first, but they learn that crossing the phantom is… well, it’s a bad idea. Things get more complicated when the phantom falls in love with a talented young chorus girl named Christine Daae and demands to see her promoted to leading lady. Things get still more complicated when a rich aristocrat named Raoul falls in love with Christine as well, and eventually the phantom gets a little more murder-y than people would like.

It is eventually revealed that the phantom is actually a living, mortal man – albeit one who was born gruesomely disfigured, with a face that looks like a skull and pallid yellow skin. He is also a genius, who crafted mazes for emperors and mastered deadly magic tricks before eventually helping design the opera house and taking residence in the many hidden rooms and passages within it. The phantom, named Erik, kidnaps Christine by the novel’s end after killing more than a few people. Raoul and a really badass Persian guy who never gets a name (and who has been trying to capture Erik for ages now) track the phantom down to his lair in the lake beneath the Opera House, where they promptly get captured and put in a death trap. Only Christine is able to salvage the situation, and she does so by showing the Phantom some genuine affection by giving him a kiss. This makes the phantom realize how horrible he’s been, and, out of love and heartbreak, the phantom lets Christine take Raoul and the Persian away so they may live happily, then dies in a charnel house.

It’s been ages since I last read the book, and part of that is the fact that I don’t trust the translation I have. The Phantom of the Opera is a French novel, and the translation I have is from Meijer (if you don’t know what that is, I’ll tell you: it’s a chain of Walmart style grocery super stores – not exactly the kind of place that would have the most accurate translations). So until I stop being lazy and buy a new copy, I’m not sure how well I can judge the original book. I do have some feelings from that decade or so old reading of it I did, though.

The big thing I got from the original novel is that it about a woman choosing between two extremes of what she needs in a lover. Raoul, the viscount aristocrat, can meet all her physical needs. He is both rich and part of the upper class. Marrying him would make Christine an incredibly respectable woman, and she’d also be set for life when it comes to money. But Raoul is also kind of shallow and possessive – at least in the translation I own. I never got the sense that Raoul actually likes Christine for her personality – he just thinks she’s really hot and wants her to be his wife, and he’s gets pissed at the Phantom for stealing his property.

The Phantom, on the other hand, is drawn to who Christine is – the beauty of her voice, the tender kindness she treats other people, and other shmaltzy stuff. He likes Christine for who she is. BUT he’s also a mass murdering psychopath who sees no problem in killing people to get what he wants, and is just as possessive of Christine as Raoul is. The Phantom can fulfill Christine’s emotional needs better than Raoul, but he does so at the cost of her physical needs. There can be no life with the Phantom, at least not in the mortal realm, as Christine would either end up killed in one of his sprees, starve to death with him in his underground lake, or be left poor and destitute after being publicly shamed for shacking up with a psychopath.

Christine’s choice is between fulfilling her spirit or her body, and she is forced to go with the latter. It’s kind of depressing, but also darkly realistic when you consider how marriage actually worked before, like, the 1960’s.

All of that is based on a reading of a possibly flawed translation I had roughly a decade ago, so, y’know, take it with a grain of salt. The book may have some nuances 8th grade me didn’t see.

And – this may sound terrible, given how literate I might have seemed with the previous entries – to be honest, the musical has had more of an impact on my life than the book. It’s plot is fairly true to the novel, although it cuts the Persian and makes Raoul much more likable. It’s also probably the greatest gothic horror musical (although I might give that title to Tanz Der Vampire, should I ever be able to see a staging of it and, y’know, learn German so I can understand it). It has chops, is my point, and is a pretty good adaptation.

There’s something about the Phantom as a character that struck a major chord with me as a teenager. I was never successful with the romance scene (still aren’t, actually), and I was sort of sensitive and strange. You can sympathize with the phantom when you’re young, unlucky in love, and feel like a weirdo. Maybe you even croon “Music of the Night” while thinking about that girl you’re crushing on and how you will never, ever be good enough for her. You might think about how tragic and doomed your love is, and how wonderful it would be to sacrifice your own happiness to make the girl of your dreams happy. You may justify your own feelings of unrequited love by romanticizing it. You may want to be the Phantom of the Opera, because he might be a mass murdering psychopath, but when the chips were down, he at least had the nobility to lay down his own life for the one he cares about.

It’s not healthy, though, in the end. You shouldn’t be the Phantom of the Opera. Like Mr. Hyde, he’s a voice you have to listen to, but not one you should give in to. Hear him sing your doubts and fears. Hear him moan for your desperate state, and fume with passionate, misguided desire to set it right by any means necessary. Let him wish for love even if the act of reaching for it burns you alive. But don’t follow his example.

The Phantom teaches us about the dark side of love – that all the affection and best intentions in the world can still lead you to do horrible things. In the end, love isn’t the perfect force of good that so many movies tell us it is. It is a powerful, unstable force within us that screams at us to work its will. It can make us do wonderful things, and it can drive us to commit monstrous deeds. When starved of it, our need for it makes us cruel and vicious. Love is a great and terrible thing, and should be treated with caution lest we all become bloody phantoms.

1 Response to ICHF: The Phantom of the Opera