Posted on January 13, 2017 by tyrantisterror 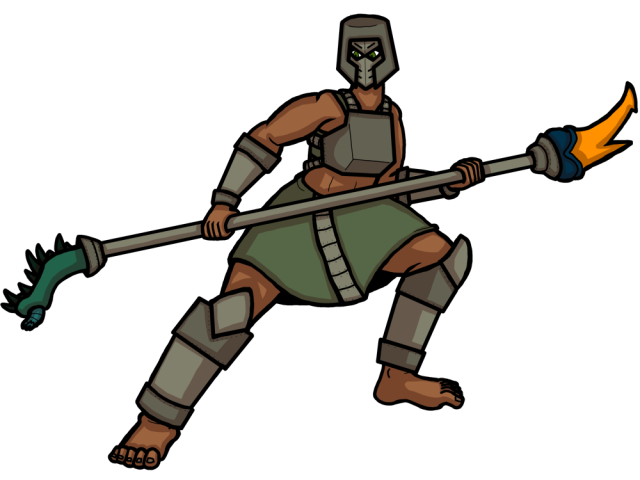 Biology: Cloned from the famous kaiju field researcher Dr. Wilhelmina Lerna, Minerva was infused with Yamaneon radiation to become the first known human kaiju.  She was artificially brought to maturity and given twenty years worth of education and combat training by the same advanced technology that made her in the first place so as to produce the ultimate soldier.  Minerva provides mankind with a interesting look at what the process of atomic fossilization does to an organism, as her body was mutated by Yamaneon radiation to not only be larger in size, but proportionally altered to better suit her gigantic stature.

Personality: As a person born in a laboratory who woke up with a full grown body and twenty years worth of knowledge programmed into her brain without the memories of an actual life to give them context, Minerva is remarkably well adjusted.  Though she is always aware of how she is the only one of her kind – neither human nor beastly kaiju – Minerva embraces her identity as the world’s only 100 foot woman.

Of the two groups, Minerva prefers the company of kaiju to that of humans.  She shares the common kaiju lust for combat, sparring with the less malicious giant monsters without a moment’s hesitation.  She feels there’s something earnest in the simple lifestyle of her fellow monsters, and leaps at the chance to be the diplomat for kaiju-kind.

Her feelings for humanity are a bit more cold.  While Minerva understands humanity’s situation and anxieties, she feels humans overreach in their attempt to protect themselves.  In her experience, humanity will eagerly commit atrocities to prevent even the possibility of their lives and immense territory being threatened.  Kaiju may be monsters, but humans are capable of being far more terrifying in Minerva’s eyes.

When not wrestling with kaiju or playing ambassador, Minerva tends to contemplate the world, preferring to do so in a serene, natural environment.  The giant has never shared what she thinks about, but that hasn’t stopped researchers from speculating about it.  Indeed, what thoughts might rattle around a complex human brain trapped in a behemoth’s body?

Minerva is courageous and undeniably heroic.  While most of her battles with kaiju are for fun, she will not hesitate to seriously fight a monster that attacks others with malicious intent.  Minerva abhors bullies and sadists, and believes that the weak should be protected from bullies.  She extends this protection to humanity, for while she may have problems with her tiny relatives, she nonetheless believes most humans are worth saving.